The Cerberus satellite system is a three-part communication system consisting of CerberLink, a handheld satellite communication device, CerberTouch, a smart phone app designed to communicate with CerberLink by Bluetooth, and CerberCenter, a server developed to handled satellite messaging.  The system was developed in nine months.  The project involved mechanical and industrial design for the CerberLink enclosure which is rated to IP67 as well as firmware and hardware development for CerberLink’s internals.  Smartphone applications were developed for iOS, Android and BlackBerry.  The back office, CerberCenter, supports a number of ground breaking features including real-time safety alerts based on a user’s location and smart messaging that efficiently delivers messages by Wi-Fi, Internet or satellite as required.

CerberLink was the world’s first device Bluetooth enabled device that allowed a smartphone to send and receive text based messages anywhere on the planet using satellites. 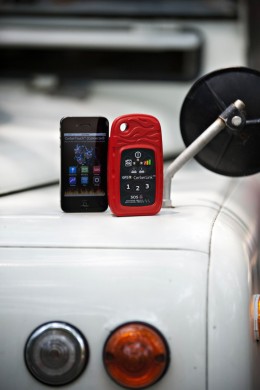 CerberLink was designed to work with a smartphone or by itself. 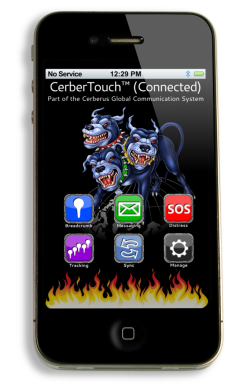 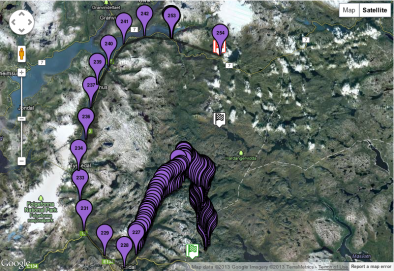 The back office, CerberCenter, offers a number of functions including tracking, messaging, real-time alerts and distress management. Here CerberCenter tracks a competitor during Expedition Amundsen (http://www.xtremeidfjord.no/eng).

The submarine escape beacon is the natural evolution of another product in our design portfolio, the TX103 man overboard beacon.  We used the base TX103 design and added a series of reinforcements to the enclosure to allow it to survive exposure to depths as far as 300 meters.  In addition to being rugged on the outside, the electronics are fully encapsulated to protect them from shock or accidental water intrusion.

The TX104 is yet another man overboard beacon we helped develop.  Despite its small credit card size outline, it remains rugged enough to survive daily punishment on board all the U.S. Navy’s aircraft carriers.  This beacon has no enclosure; its electronics are fully encapsulated in plastic, but the user can still replace its battery in a manner of seconds.

Discuss your ideas with us